The founder President of this institution Late Sri Madiyal Narayana Bhat was born in the year 30-11-1927.  Though he belonged to a rich Brahmin family, he had dreamed of building a cultured and civilized student.  For this reason, he took up the profession of teaching and served as Headmaster in Vittal High School.  As he couldn’t realize his dream through this venture he resigned from the post.  At that time he came to the divine fold of  Bhagawan Sri Sathya Sai Baba.

Accepting Him as the incarnation of the age, Sri Narayana Bhat laid all his services to Him.  He made Sathya Sai Vihar as the center of his educational, social and spiritual activities.  Accordingly, he set educational institutions both in Alike in Dakshina Kannada Dist. and Muddenahalli in Chickballapur, Kolar District.

In the year 1976, Sri Narayan Bhat approached Swami to offer his institutions to Him.  Talking to him in the interview Swami made a historical statement.  He said,

“Your purpose of coming is over, you can go back”.  The real meaning of this statement came to light only when Sri Narayana Bhat left his mortal coil on 8-1-1977.  When everybody was in grief, Bhagawan sent a telegram that read as follows;

Later in the year 1978 Swami as promised, took the institutions to His Divine fold.  Since then Swamy has not only cleared all the debts but also brought these institutions to such a height that now it shines with many beautiful buildings and excellent educational records. 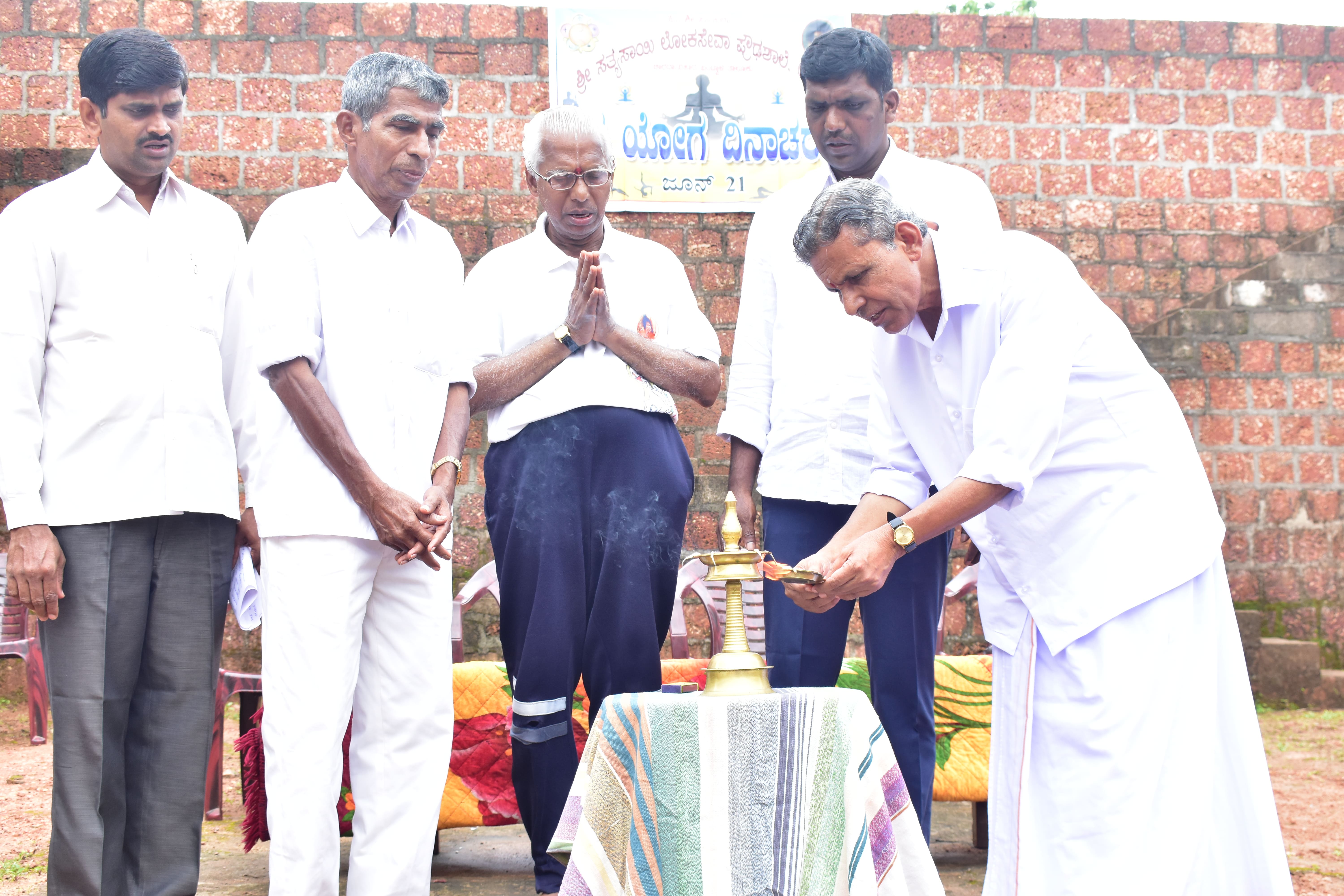